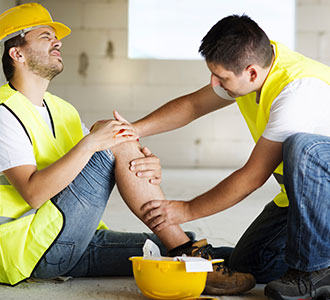 The accidental death of a Chicago demolition worker has caused the Occupational Safety and Health Administration to impose a number of penalties on the responsible parties, including the company that employed the deceased worker. OSHA investigated the accident and concluded that the Chicago work-related death was preventable.

Omega Demolition Corp. was hired by the Illinois Tollway Authority to demolish the bridge that carried I-90 over Touhy Avenue. According to OSHA’s investigators, the decedent was cutting the bracing between two beams when one of them fell on him. Numerous workers were injured in the accident, but only one died from his injuries. After OSHA completed its investigation, the regional administrator said that the accident was preventable and that the contractor had violated federal standards intended to prevent over-stressing of steel structures. The violation was deemed to be the direct cause of the worker’s death.

The Illinois Tollway Authority suspended Omega Demolition from all work on Tollway projects. OSHA levied a fine against Omega Demolition in the amount of $152,000. Omega has the option to accept OSHA’s findings and penalties or to contest them before an independent commission. Omega was cited nine times in ten years for safety violations, but it paid only $6,456 in fines.

Anyone who has lost a loved one in a construction- or work-related accident may wish to consult a lawyer who handles wrongful death cases. Such a consultation can provide a useful analysis of the law and facts that apply to the case and an estimate of the likelihood of recovering damages for medical expenses, lost income and loss of companionship.