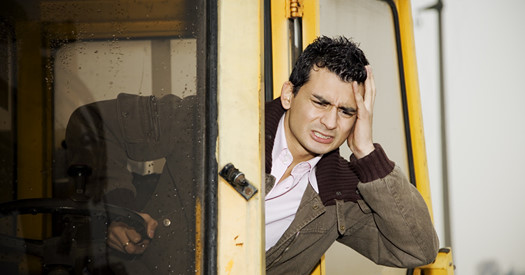 Sharing the road with commercial truckers can be challenging in the best circumstances, and when cars and trucks collide, smaller automobiles are usually on the losing end of things. Your chances of being a victim of a trucker accident jump considerably when the truck driver is distracted. Just as distractions such as phone use or eating or drinking behind the wheel frequently contribute to accidents among regular motorists, distractions are also an issue for many truck drivers.

In fact, the Federal Motor Carrier Safety Administration reports that in one study, driver distractions were shown to be a factor in slightly more than 70 percent of semi-truck accidents. Here are some of the leading causes of truck driver distraction:

The truck driver eating and drinking behind the wheel

Just as you try to multitask from time to time, truckers also face similar pressures but they are behind the wheel when trying to concentrate on more than one thing. Often, these truck drivers cover hundreds of miles in a single stint. And since truck driver pay is often based on how many miles are covered in a certain time frame, it can be even more tempting for them to avoid making an actual stop for a meal. However, the problem becomes how closely is the truck driver able to pay attention to the road while also attempting to eat.

The driver texting and talking on the phone

According to one study, the act of sending or receiving a text message while driving increases the likelihood of a serious accident by 23 times. The act is especially dangerous because it takes your cognitive, manual and visual attention away from the road, meaning it encompasses all three types of driver distraction. However, even though the danger is known – and texting behind the wheel of a big rig is illegal – this does not mean it is not happening. Sadly, there are a number of accidents that happen every year due to a truck driver talking or texting on his or her phone.

Outside distractions take the driver’s attention away

According to one study, outside distractions, which may be billboards or accidents on the side of the road, have been a factor in about 80 percent of semi-involved crashes.

The truth is that driving while distracted endangers everyone, but the risks are perhaps even greater when one of the drivers is behind the wheel of a massive, multi-ton vehicle. But just like any accident, you should not have to pay due to someone else’s mistake. This is where an attorney can step in to examine the true cause of the crash and help determine what legal action to take next.