What is considered neglect or abuse in a nursing home?

Nursing home abuse takes many forms, including negligence resulting in harm or injury, but there are telltale signs people can look for. 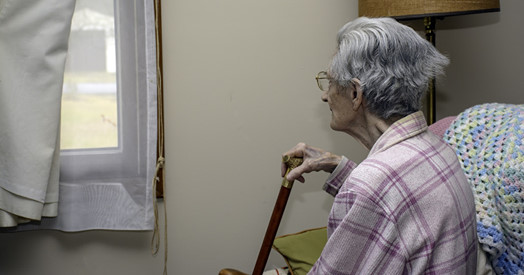 Many elderly people require additional care and maintenance, and often this is sought via a nursing home in Chicago. Unfortunately, sometimes proper care is not received, and a nursing home resident is subjected to abusive treatment. There are different kinds of abuse and negligence; abuse can be physical, mental or emotional. Neglect can be medical, emotional or physical.

The National Center on Elder Abuse states that concerning the care of residents, federal standard violations have been reported in close to one of every three nursing homes in the U.S. Concerning certified nursing assistants alone, a survey showed the following problems:

A separate study showed that mistreatment involving a nursing home resident, such as neglect, mental abuse or violence of a physical nature, was admitted to by 50 percent of staff members. Sometimes, residents even abuse each other and nothing is done by staff to stop it.

Abuse in nursing homes takes on other, more indirect forms, and these can be just as harmful. Financial exploitation does take place, and it can be considered a form of abuse. Psychological abuse also is very harmful, and can happen as demeaning or unfair treatment and even direct verbal attacks. Also, gross negligence sometimes results in serious harm to a resident, in which case it may reach a level that could qualify as abuse.

How is negligence discovered?

It is possible to take notice of abuse taking place even if it is not directly communicated. According to the American Psychological Association, abuse should not be assumed. However, if there is no medical explanation for the symptoms or signs, they may indicate abuse of an elderly nursing home resident. Signs of verbal and emotional abuse include being uninterested in making social connections, a preference for isolation, and unresponsive or uncommunicative demeanor.

In terms of physical abuse, there are some physical signs that could be indicators, such as unexplainable injuries, and, if injuries are repeated, refusing to return to a same emergency department. Also, if the wrists and neck are bruised, these could be grip marks from improper handling. In the case of sexual abuse, there may be infections or venereal diseases that seem to have no cause. Underwear may be stained with blood or torn, or the vagina or anus could be bleeding inexplicably.

If a loved one has been neglected while in the care of nursing home staff in Illinois, people may have had to deal with the grief and additional medical expenses at an unwanted cost. They may find it helpful to explore their options with an experienced nursing home neglect lawyer.